There’s nothing worse than those difficult-to-buy-for people… unless you’ve got the Popular Science Gift Guide. 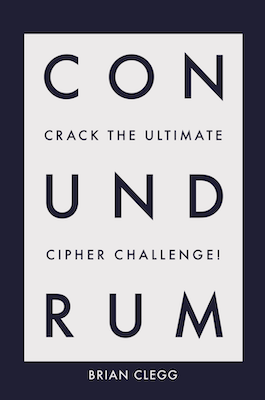 The ultimate trial of knowledge and cunning, Conundrum features 200 cryptic puzzles and ciphers. The solutions link throughout the book – so you need to solve them all to get to the final round.

With a focus on ciphers and codebreaking, Conundrum contains twenty sections, each built around a specific subject from music to literature, physics to politics. To take on Conundrum you need good general knowledge and the ability to think laterally. But if you need help, there are plenty of hints to point you in the right direction.

Whether you attempt to crack it alone or work in a team, Conundrum will challenge you to the extreme.

The perfect gift book for anyone with a curious mind! 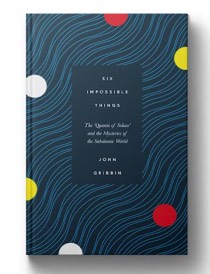 A slim, elegant hardback in which Gribbin gives us a feast of precision and clarity on quantum weirdness, with a phenomenal amount of information for such a compact space. It's a TARDIS of popular science books, and I loved it.

Different interpretations - attempts to theorise about what is 'really' going on underneath the so-successful mathematics - make up the 'six impossible things', which Gribbin poetically describes as the 'quanta of solace' in his subtitle. He covers the Copenhagen interpretation, pilot waves, many worlds, decoherence, the ensemble interpretation and the 'timeless' transactional interpretation. Each is dealt with in just a few pages, accompanied by some excellent full-page illustrations of key players, and I was extremely impressed by the way that Gribbin manages to encapsulate what are sometimes very complex ideas in an approachable fashion. This could well be the best piece of writing this grand master of British popular science has ever produced, condensing as it does many years of pondering the nature of quantum physics into a compact form.

Without doubt a remarkable book. Hans Rosling (who died towards the end of writing Factfulness), aided by his son and daughter-in-law, tells the remarkable story of the gap between our appreciation of the state of the world and the reality.

Rosling, a doctor originally, illustrates some of the points he makes with personal experience, particularly examples where an incorrect assumption about facts he has made has led to potentially disastrous circumstances. But the core of the book makes use of a series of 12 multiple choice questions on the state of the world which, on the whole, we answer worse that choosing randomly - because almost universally we think the world is far worse than it really is.

Although Rosling claims not to be an optimist, making it clear that he isn't saying everything is rosy - there's still a lot to improve - the fact is that most of our ideas of, for example, how bad world poverty is, education of girls, size of families and far more reflects what the world was like 50 years or more ago - where in practice it is now much better.

One essential point that Rosling makes is that our division of the world into developing and developed gives a hugely misleading picture - because in reality (like most distributions) the majority of countries aren't in the very worst or very best part of the distribution, but somewhere in the middle. He advocates moving from the either/or split of developed/developing to four levels, based on average earnings, which gives a much better picture of the reality. Apparently the World Bank has adopted this approach but the UN and others still haven't got the message.

In Factfulness, Rosling looks at a set of ways we have a biased view of reality and what we can do to modify this. So, for example, he talks about our urge to divide populations into two ('the gap instinct') - rich or poor, privileged or not etc, etc. - where the reality is almost always a continuum with no gap. Elsewhere he takes on our tendency to extrapolate into the future with a straight line, where many trends are, for example S-shaped, the danger of always looking for someone to blame and much more.

This is a very powerful piece of work that should be required reading for any politician, businessperson, educator and administrator. The whole thing is presented in a light, approachable fashion with lots of graphs and bubble charts. It's an easy read practically speaking, but a difficult one in the sense that the reader is encouraged to face their own misconceptions (and we almost all will have them - I certainly did). 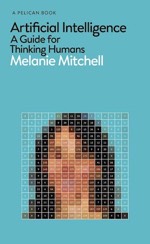 This is an excellent book, giving a clear picture of how many AI systems go about their business and the huge problems designers of such systems face. Not only does Mitchell explain the main approaches clearly, her account is readable and engaging. I read a lot of popular science books, and it's rare that I keep wanting to go back to one when I'm not scheduled to be reading it - this is one of those rare examples.

We discover how AI researchers have achieved the apparently remarkable abilities of, for example, the Go champion AlphaGo, or the Jeopardy! playing Watson. In each case these systems are tightly designed for a particular purpose and arguably have no intelligence in the broad sense.  As for what's probably the most impressively broad AI application of modern times, self-driving cars, Mitchell emphasises how limited they truly are. Like so many AI applications, the hype far exceeds the reality - when companies and individuals talk of self-driving cars being commonplace in a few years' time, it's quite clear that this could only be the case in a tightly controlled environment.

One example, that Mitchell explores in considerable detail are so-called adversarial attacks, a particularly AI form of hacking where, for example, those in the know can make changes to images that are invisible to the human eye but that force an AI system to interpret what they are seeing as something totally different. It's a sobering thought that, for example, by simply applying a small sticker to a stop sign on the road - unnoticeable to a human driver - an adversarial attacker can turn the sign into a speed limit sign as far as an AI system is concerned, with potentially fatal consequences.

There have been good books on the basics of AI already, and excellent ones on the problems that 'deep learning' and big data systems throw up. But without a doubt, Mitchell's book sets a new standard in giving an understanding of what's possible and how difficult it is to go further. It should be read by every journalist, PR person and politician before they pump out yet more hype on the AI future. Recommended. 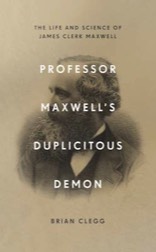 Asked to name a great physicist, most people would mention Newton or Einstein, Feynman or Hawking. But ask a physicist and there's no doubt that James Clerk Maxwell will be near the top of the list.

Maxwell explained how we perceived colour. He uncovered the way gases behave. And, most significantly, he transformed the way physics itself was undertaken in his explanation of the interaction of electricity and magnetism, revealing the nature of light and laying the groundwork for everything from Einstein's special relativity to modern electronics.

Along the way, he set up one of the most enduring challenges in physics, one that has taxed the best minds ever since. 'Maxwell's demon' is a tiny but thoroughly disruptive thought experiment that suggest the second law of thermodynamics, the law that governs the flow of time itself, can be broken.

This is the story of a groundbreaking scientist, a great contributor to our understanding of the way the world works, and his duplicitous demon.

Amazon.co.uk Amazon.com
The Science of Being Human 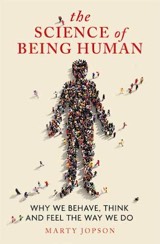 It might seem at first sight that a book titled 'The Science of Being Human' is about biology (or anthropology) - and certainly there's an element of that in Marty Jopson's entertaining collection of pretty-well freestanding articles on human science - but in reality a better clue comes from the subtitle 'why we behave, think and feel the way we do.'

What Jopson does is to pick out different aspects of the human experience - often quite small and very specific things - and take us through the science behind it. I often found that it was something I really wasn't expecting that really caught my fancy. The test with this kind of book is often what inspires the reader to tell someone else about it - the first thing I found myself telling the world was about why old 3D films used to give you a headache, but modern ones tend not to. (It's about the way that in the real world, your eyes swivel towards each other as things get closer to you.)

It's irresistible to pick out other enjoyable vignettes: the potential linkage between Alzheimer's and gum disease, why it's so hard to tell if someone else is lying, placebos and nocebos, the wobbly problems of the Millennium bridge, why the queue you're in is always slower and why phantom traffic jams occur on motorways. Very roughly, the first part of the book is more physiologically oriented and the second half more about psychology and the human environment - I tended to find the second half more engaging (but that may just reflect personal interest as anything even vaguely medical leaves me queasy). Even so, there's still some excellent material about human evolution, our species and our cells in that opening section.

In his introduction, Jopson says 'I have taken an eclectic approach and poked around instances of science you may not have expected. I came across some interesting nuggets and quite a bit of maths.' That's exactly what you get - really engaging nuggets, easily readable in chunks that don't so much give the big picture of human science as dive into the nooks and crevices of the surprising bits of human existence. Fun!

The Science of Being Human - Hardback 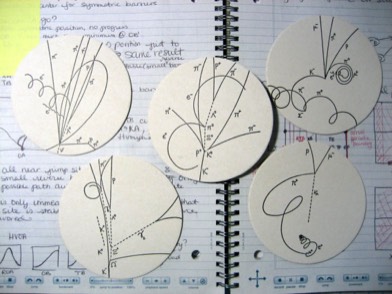 Impress nerdy friends and relatives with coasters featuring particle tracks from a bubble chamber. Beautiful and scientific too. 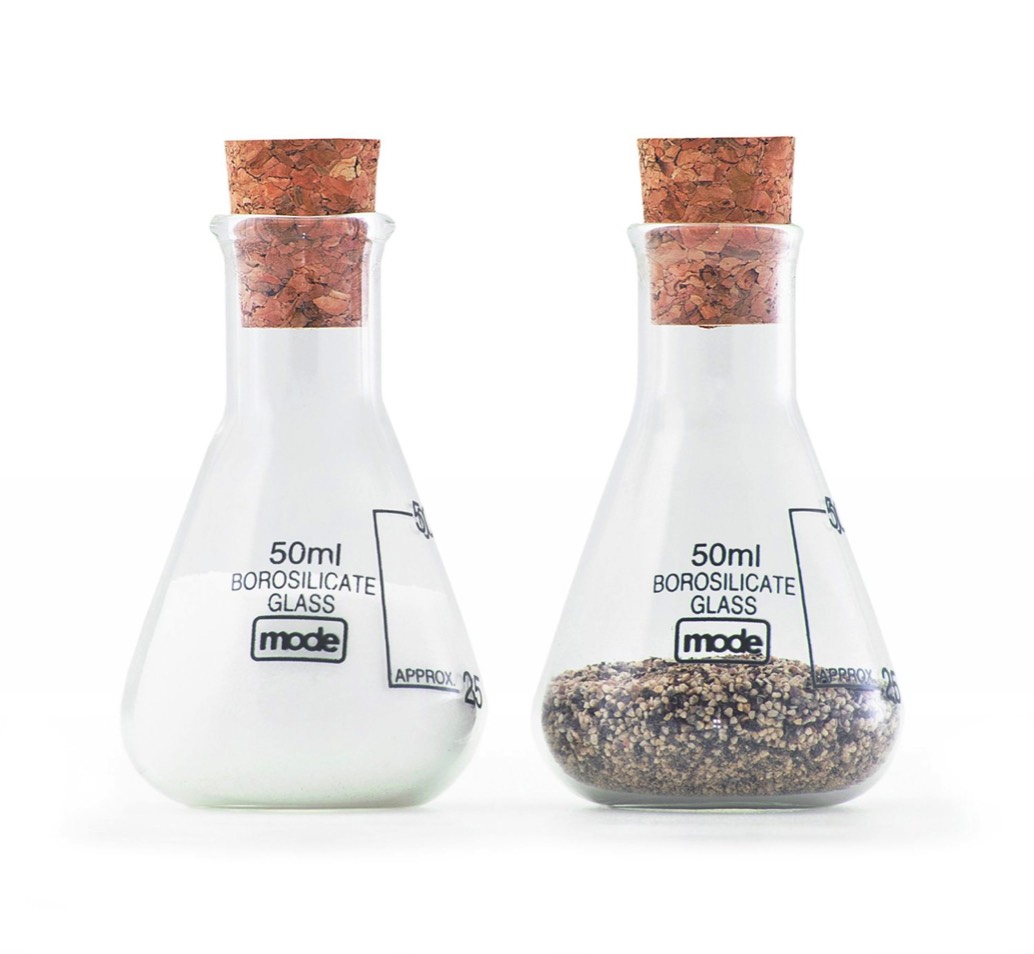 Inspired by the classic Erlenmeyer chemistry flask the Earl salt and pepper shakers take on the iconic lab ware aesthetic and combine materials which are recycled, recyclable or sustainable in a practical and contemporary design solution. More to the point - the scientist in your life will love them. 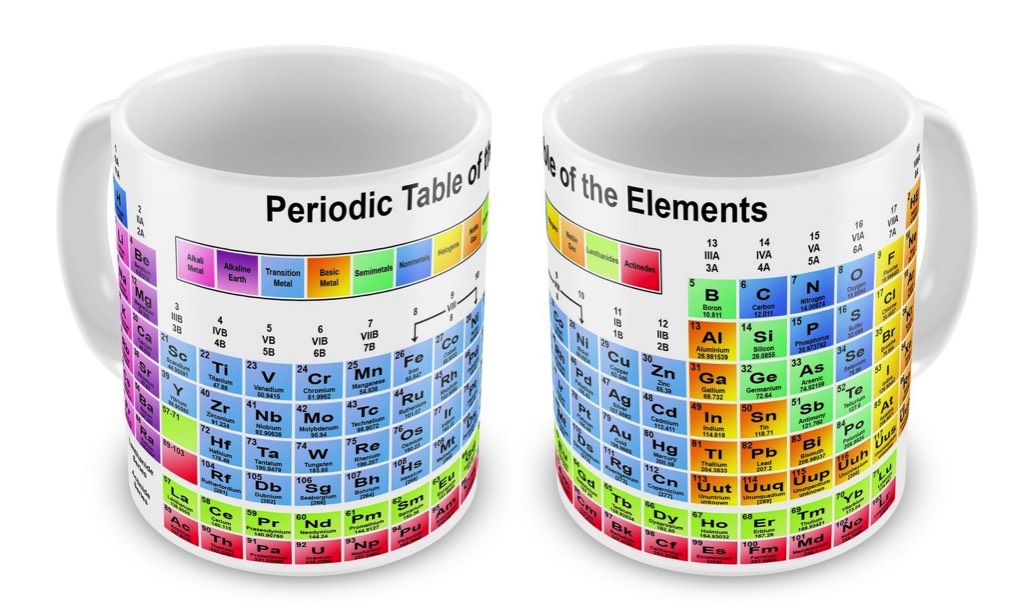 This mug has the Periodic Table of the Elements around it. We have one in the Popular Science office and love it. 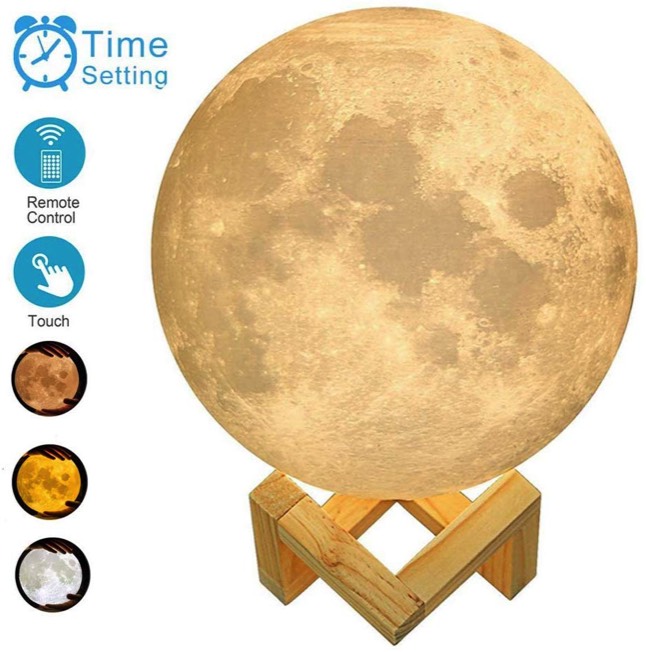 Taking the moon as a creative inspiration, using the most advanced technology, and applying photos captured by NASA satellite, this 7.1 inch (18cm) moon lamp is said to provide an authentically detailed lunar landscape.

You can adjust the brightness of the light by pressing the the button on the bottom, or switch it by remote control. Built-in rechargeable battery with USB port (include cable). The lamp will stay lit for 4 to 20 hours (depends on brightness). Full charge takes about 2-3 hours. Two hour timer controls the cordless lamp turning it off automatically to save power. 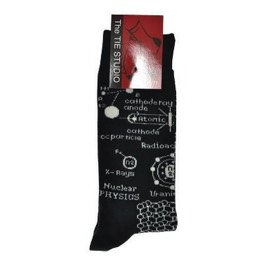 Features Nuclear Physics terminology and sample graphics. Okay, you might usually think that socks are boring. But everyone needs socks. And nuclear physics socks?!

Not found that perfect gift?

Take a look at the Amazon gift guide.